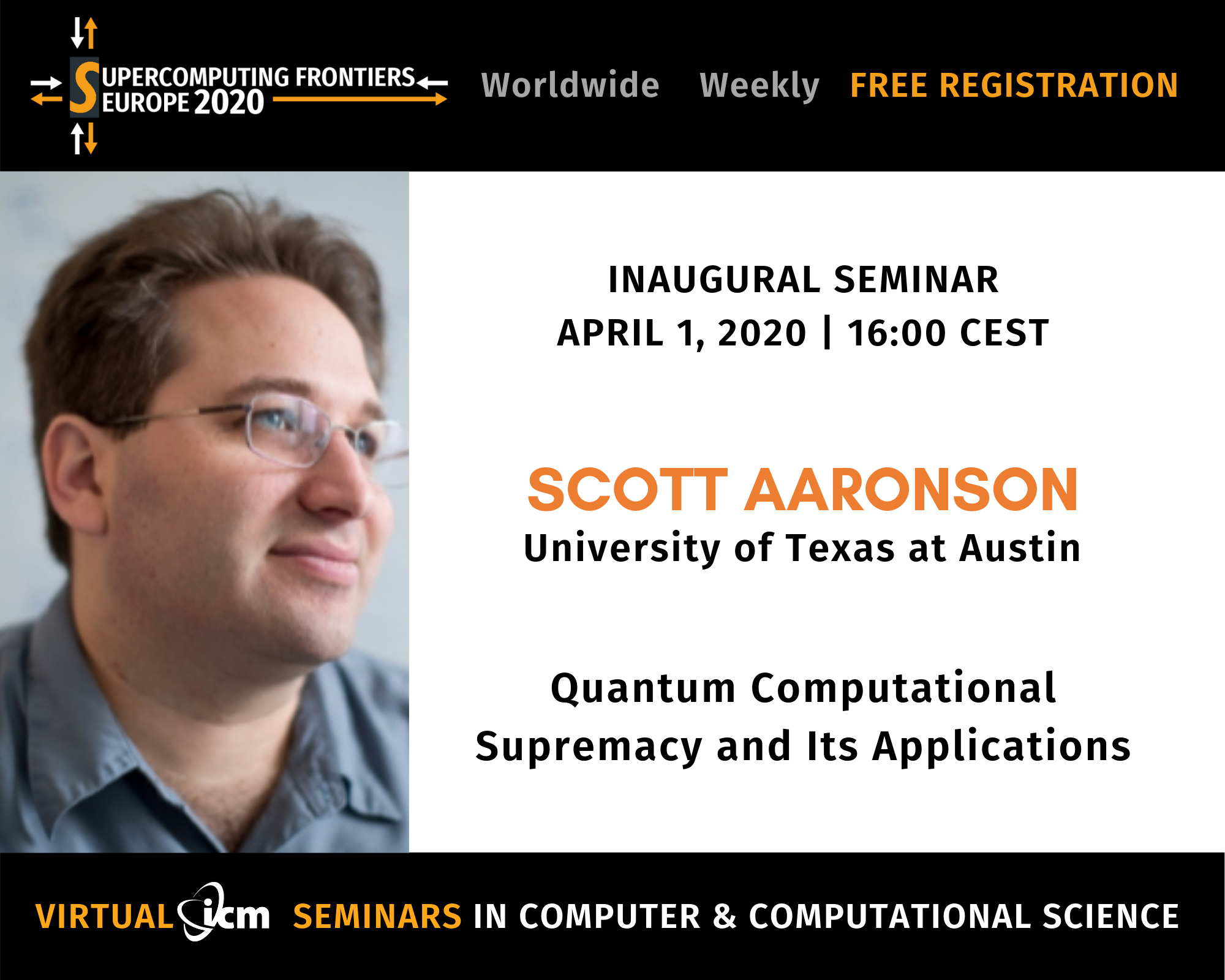 ICM Seminars is an extension of the international Supercomputing Frontiers Europe conference, which took place on 23-25th March this year in virtual space.

“The digital edition of SCFE gathered of the order of 1000 participants – we want to continue this formula of Open Science meetings despite the pandemic and use this forum to present the results of the most current research in the areas of HPC, AI, quantum computing, Big Data, IoT, computer and data networks … and many others – says dr Marek Michalewicz, Chair of the Organising Committee, SCFE2020 and ICM Seminars in Computer and Computational Science.

Registration for all weekly events is free. The ICM Seminars will begin with an inaugural lecture by Scott Aronson, David J. Bruton Centennial Professor of Computer Science at the University of Texas. We warmly invite you – ClickMeeting works on all continents.

Abstract: Last fall, a team at Google announced the first-ever demonstration of “quantum computational supremacy”—that is, a clear quantum speedup over a classical computer for some task—using a 53-qubit programmable superconducting chip called Sycamore.

Google’s accomplishment drew on a decade of research in my field of quantum complexity theory. This talk will discuss questions like:

I’ll end with a possible application for Google’s experiment—namely, the generation of trusted public random bits, for use (for example) in cryptocurrencies—that I’ve been developing and that Google and NIST are now working to test.

Scott Aaronson is David J. Bruton Centennial Professor of Computer Science at the University of Texas at Austin. He received his bachelor’s from Cornell University and his PhD from UC Berkeley. Before coming to UT Austin, he spent nine years as a professor in electrical Engineering and Computer Science at MIT. Aaronson’s research in theoretical computer science has focused mainly on the capabilities and limits of quantum computers. His first book, Quantum Computing Since Democritus, was published in 2013 by Cambridge University Press. He received the National Science Foundation’s Alan T. Waterman Award, the United States PECASE Award, and the Tomassoni-Chisesi Prize in Physics.