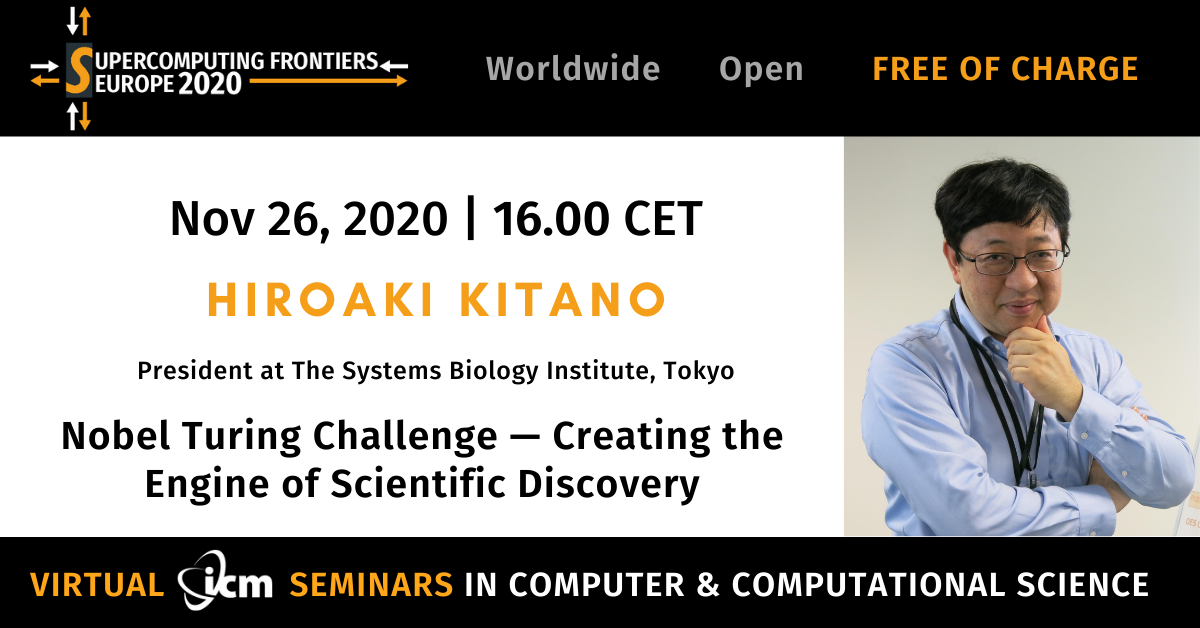 Hiroaki Kitano, PhD is the president of the Systems Biology Institute (SBI); President and CEO of Sony Computer Science Laboratories, Inc.; and a Principal Investigator at Open Biology Unit, Okinawa Institute of Science and Technology (OIST). Dr Kitano is known for developing AIBO (Artificial Intelligence Robot – a series of robotic dogs designed and manufactured by Sony) and the robotic world cup tournament known as Robocup.

Virtual ICM Seminars in Computer and Computational Science are a continuation of the Supercomputing Frontiers Europe conference, which took place virtually in March this year.

So far, over 2,100 people from all over the world have participated in both initiatives. The organizer of meetings with outstanding scientists is the Interdisciplinary Centre for Mathematical and Computational Modelling – ICM University of Warsaw.